What's in a Name?

I'd like to introduce you to the reason I haven't been posting lately. We recently welcomed a new (four-legged) family member into our home and SHOCKINGLY I have found it difficult to make time to write. 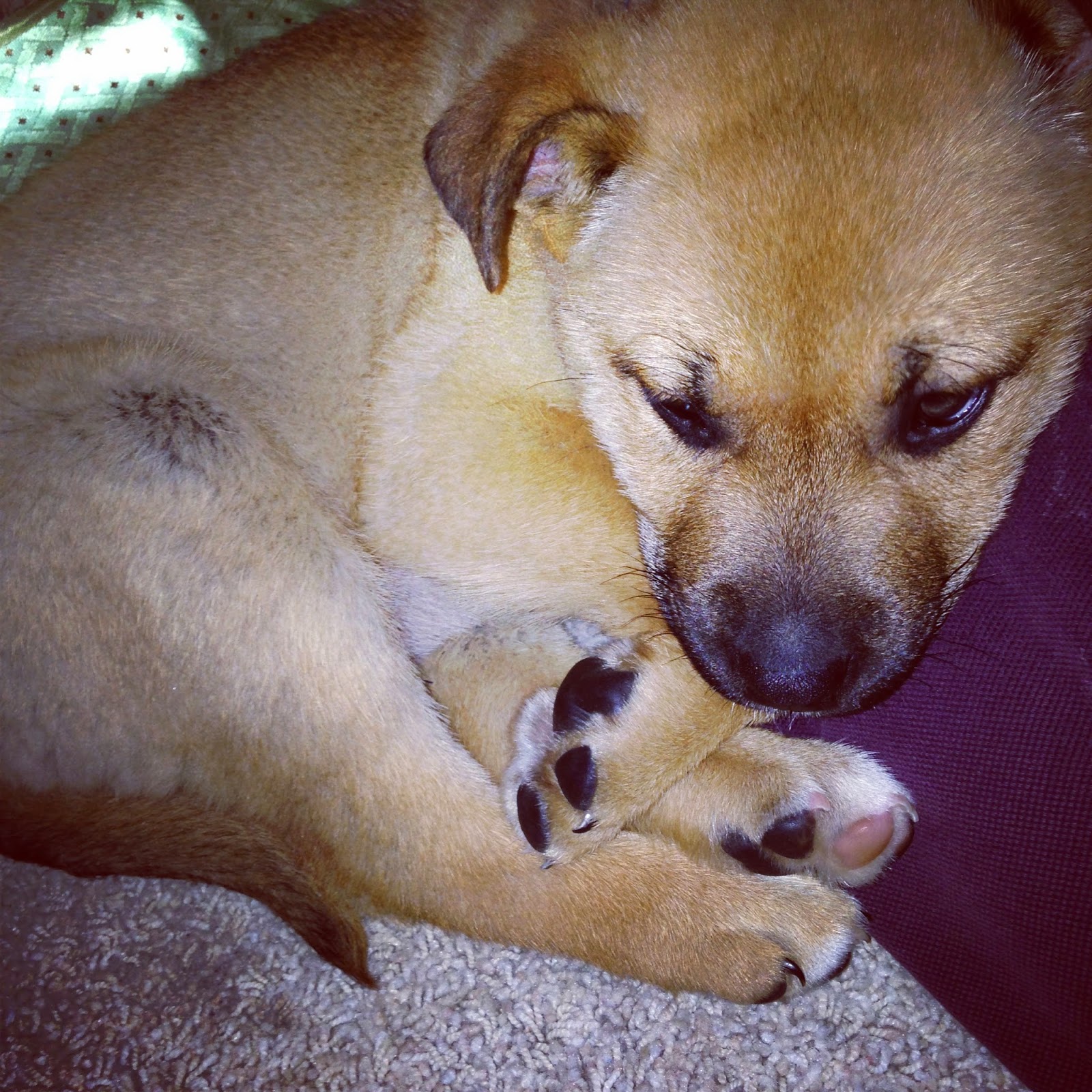 Harper is a shepherd mix we adopted from a fabulous organization called P.O.E.T Animal Rescue. As of today she is approximately 10 weeks old and just as cute as can be. I maintain the assertion that she will grow to be a medium sized dog, although her giant paws suggest otherwise.

My sister kept telling me having a puppy is like having a newborn. I shrugged it off, nodding in agreement but not quite believing it. Yeah, yeah. I know. Puppies, babies, they're a lot of work.  I have a kid after all. And a cat. I've been around puppies and dogs at various points in my life. I get it.

Uh. Except I didn't. Not really.

See I wasn't around much for Emy's newborn phase. I was in the hospital for weeks at a time and when I was able to be home in between hospital stints I was so sick and unaccustomed to my vision loss I couldn't even take care of myself, let alone care for an infant. Yes there were sleepless nights, lots of crying, and massive feelings of helplessness, but that was mostly me. And when I was finally well enough to be home permanently my daughter was 10 weeks old and her magician of a father had her sleeping through the night - at blissful 10 hour stretches that increased to 12 hours by the time she was 3 months old. So yeah, I don't have a lot of experience with newborns.

The first week having Harper home gave me a brief glimpse into what I missed out on with Emy. I was up every couple of hours taking the dog out, laying on the floor outside her crate hoping my presence would calm her back to sleep, and gently introducing this tiny furry creature to the routines of our house. But she is a dog, and adjusted quickly. Within 4 nights she was happily sleeping 6-8 hour stretches in her crate and aside from a few accidents here and there she is relatively house trained. Harper entered the manic stage of toddler hood quickly and I am once again in familiar territory, dealing with a headstrong, feisty being that can't be left unsupervised for a minute. Toddler hood makes for exhausting days but I can handle it.

I do have to wonder if this not-so-secret desire to experience the newborn phrase had something to do with the name we chose for our newest family member. See, I gave my baby name to the dog. This may sound like a ridiculous statement but anyone who has suffered through infertility will understand the emotional ramifications of this act.

For over 15 years I have loved the name Harper Joy. It was unique, simple, and had an underlying elegance. All things I wanted to bestow on my future child in the form of a name. When Josh and I were pregnant we discussed names in great detail. He liked the name Harper but wasn't 100% sold. Not knowing the gender of our child he certainly wasn't ready to commit. We did eventually settle on three possible girls’ names and two possible names if our child happened to be a boy.
Once she arrived I soon realized I was in no condition to determine which name best fit our new daughter. I left the decision up to my husband. Not wanting to exclude me (or be solely responsible for) Josh was reluctant to decide. But I was pushy. Every time he would visit me in the ICU I would put him on the spot, asking if he had decided yet. I used every ounce of energy I had (and it wasn't much) to implore him to understand the importance of naming her. I wasn't certain I would live to see her, and there was a huge part of me that thought if she at least had a name I could create a picture of her in my head.
It took a couple of days for Josh to come to a decision. We had narrowed the possibilities down to two. Harper Joy or Emeline Joy. Josh felt very strongly that she needed a nickname. A shortened version that could provide some desperately needed lightness, thus Emeline (Emy) Joy she became.

The name suits her perfectly, and not for one second have I ever questioned or regretted Josh's decision. But the name Harper has stayed with me. Who knows what the future will hold in regard to adding children to our family, but this little pup has come into our lives and she required a name. The name she had been going by was Gracie, which is a perfectly lovely name, but Josh and I have extended family members named Gracie and wanted to choose a name of our own. So we combined her name with a name we love dearly. Isn't she cute? 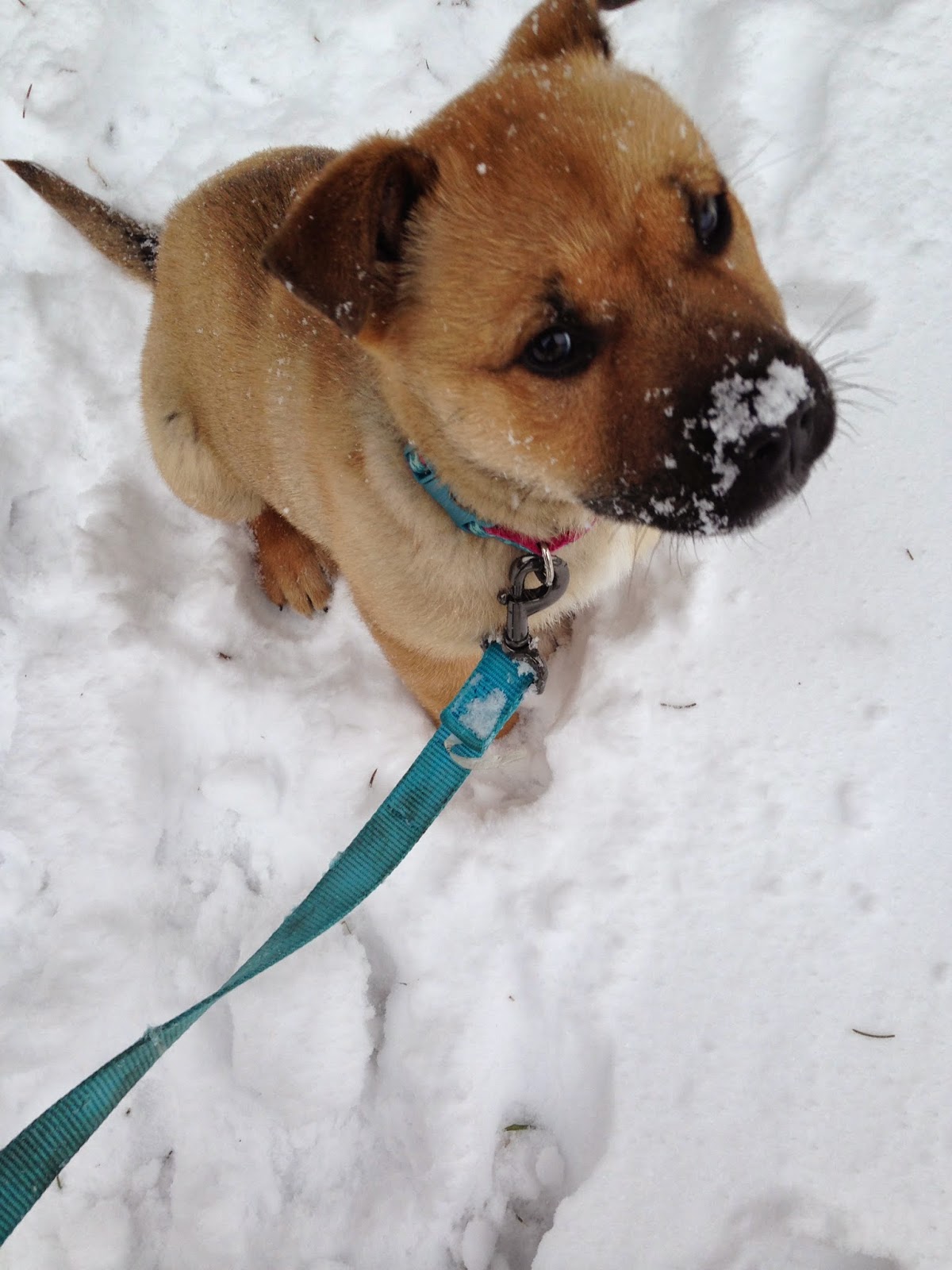 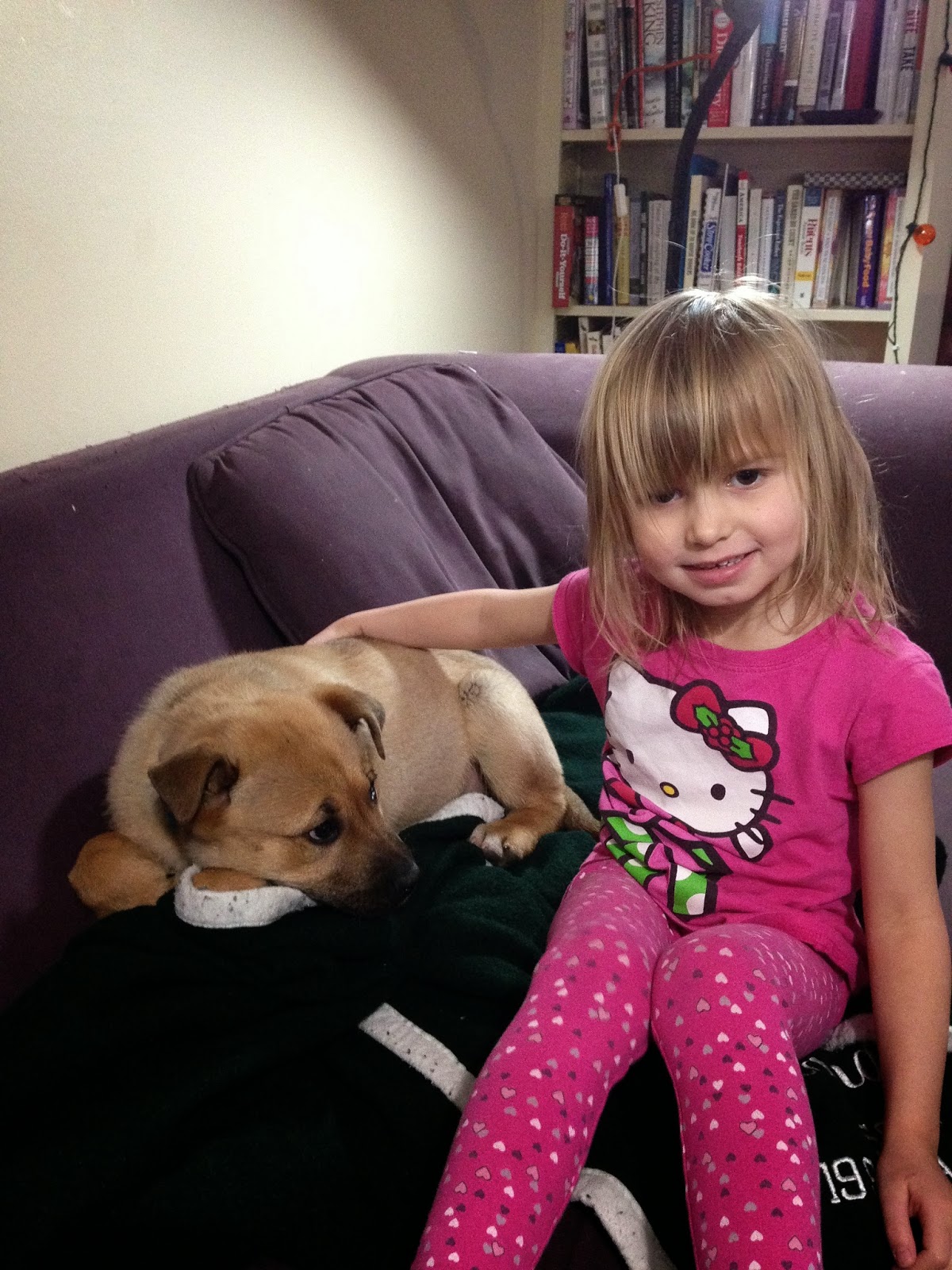