Not So Little Anymore

Sometime over the past 3 months my daughter became a big kid.
I didn't notice it at first, especially because physically she has remained relatively the same size. Barely tipping the scales at 32 pounds and easily fitting into last summer's 3t clothing she is slight in stature. But size has little to do with this change.

Emy has always been fiercely independent, but quick to ask for help when required. A character trait I relish and adore. I learned very early on in parenting her that unless her safety or overall well-being are at issue, it's just not worth the time and energy to fight her on issues like clothing or hairstyles. She knows her own mind and is quite quick to share it with the world. She's verbal and a problem-solver, and uses her developing leadership skills (okay, bossiness) to easily hold her own with her older cousins and family friends.
But she's still been little, my little snuggle-bug, thumb sucking girl.

Not so much anymore. 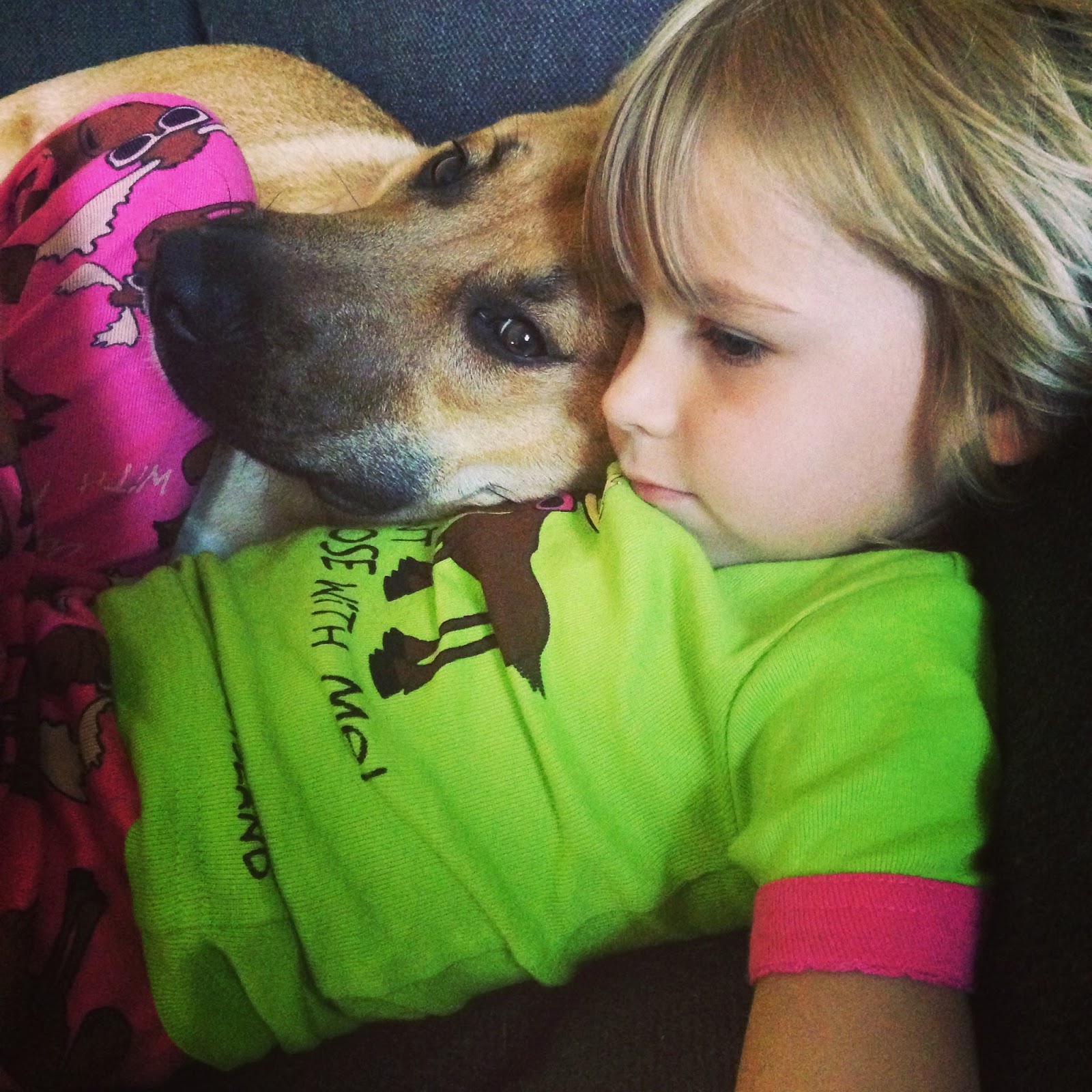 I am not sure when this change happened. Perhaps when she began using the term  "best friends" to describe people she loves to be around. The 9 year old granddaughter of our neighbor, and her best little buddy Noah, and her cousins top this list, but she often includes friends from preschool that she hasn't seen since May, and whom I barely know.
Perhaps it began with the "big girl bike" her grandparents gave her for her fourth birthday. The bike that she rides fast and furiously throughout our neighborhood leaving me gasping for breath as I try in vain to keep up.
Perhaps it was the addition of a puppy into our family. Calling Harper her "baby sister" and taking on the role of "big sister," Emy proves daily she is a compassionate and responsible pet owner. Traits that I wouldn't have predicted she'd posses at 4.

I'm sure these all have something to do with her leap into kiddom. But it was on the playground that I could no longer deny this transcendence.


We were at the playground and Emy was happily bouncing from one climbing structure to the next, climbing every ladder, crawling through every tunnel, and whipping down every slide. She was pretending to steer the pirate ship of a play structure when a bigger boy came over and grabbed the steering wheel away from her abruptly. Josh was with me and saw this mild altercation occur and said nothing until Emy grabbed it back, ready to dig those stubborn heels of hers in until he let go. He didn't, instead raised his hand to move her out of the way. Josh called her over and crying tears of anger and frustration she came running over to us. She quickly recovered after a quick talk about sharing and letting other children have a turn. As much as she wants it to be the playground does not belong to her.
She wasn't really in the wrong, but we attempted to teach her that the only person she can control is herself. A hard lesson. One that is forever being relearned by her mother.

A little while later we ventured over to the other side of the park where there is an even bigger play structure, complete with 2 sets of monkey bars and a climbing wall. Although Emy has been perfecting her climbing skills since she was 8 months old, she has always needed an adult to spot her as she attempted the 6 foot climb. She made a beeline for the rock wall and I followed closely behind, hands ready to provide reassurance and moral support. I was literally 2 steps behind her, yet  I reached the base of the wall in barely enough time to watch her reach the top and pull herself into a beaming stance, relishing her achievement. "Did you see me Mom?!" she boomed from the platform above my head.
I grinned and shook my head in amazement, admitting I hadn't. "Don't worry, I'll do it again!" she proclaimed as she barreled down the slide, arriving at my side before I could reply.

Calling Josh over and hurriedly pulling out my phone so I could capture this momentous occasion, I was beside myself with pride and awe. When had she become so strong? So quick? So confident? So independent?

She continued to play. To climb, run, and jump as I sat there marveling in her strength and quickness. A short while later the same boy joined her at the base of the rock wall, cautiously assessing the situation and before proclaiming that it was too hard, he was too little. Emy was standing beside him, patiently waiting her turn. She encouraged him to try, saying it's not that hard, it just takes practice. He gingerly pulled himself up to the first holds, lost his footing and released his grip. "It's impossible, There is nowhere for my feet. It's too hard." He stated.
"It's not too hard for me." Emy replied. "Watch."
He looked at her much the same way I had, in amazement and disbelief, and uttered only a single "Be careful" as she ascended the wall confidently.


When she came back around, he told her she was good at climbing. To which my precocious daughter replied. "I know. It takes practice."
Then she ran off, hell bent on trying the uneven monkey bars one last time before we headed home, focused on the next challenge she wanted to master, leaving her little girl self (and me) in the dust.